Grillin’ On the Green

The Tenth Annual Grillin’ on the Green to be held

Join us at the park for the best food around as our Grillers compete for your votes and those of the Celebrity Judges.  This years judges are: Lake County Sheriff, Brian Martin; retired San Francisco 49er and Oakland Raiders player, Dana Stubblefield and Luis Castelero retired San Francisco restaurant manager.

The LC Diamonds return to the stage this year to provide the entertainment.

Activities will include a Giant Slip’n Slide and Car Show.

Tickets can be purchased in Lakeport at the Travel Centers and the Lake County Chamber of Commerce Office and in Kelseyville at Polestar Computers.  Tickets are also available on-line at www.eventbrite.com.

Click here for a printable version of the Entry Form.

Thank you for you interest in helping to make this annual fundraising event a success!

Unfortunately the 2018 Grillin’ event was cancelled do to the Mendocino Complex Fires which had the City of Lakeport evacuated.

The Eight Annual Grillin’ on the Green was the biggest and best so far.  Over 375 people attended and enjoyed the fantastic food offered by the grillers. With the addition of a larger tent provided by Lake Event Design everyone was able to be seated in the same area. The Committee appreciates all of our griller.  Without them there would be no event.

The Seventh Annual Grillin’ on the Green was enjoyed by approximately 350 attendees.  The food, as always, was outstanding  with great music provided by the Funky Dozen.  There were classic cars to view and a giant slip ‘n slide for the kids.   Horse drawn wagon rides, sponsored by the Lake County Horse Council, were provided by Live Oak Belgians to view the future Equestrian Area.  Our Celebrity Judges were Dave Faries, Editor Lake County Record-Bee; Retired Superior Court Judge, David Herrick and Local Business Woman and Voice of the Soper-Reese Community Theater, Jennifer Strong.

This year’s event generated $18,000 toward the park’s development.  Those funds will help to finance projects this season including; field rehabilitation, grading for the future development of the pump track, skate park and beach sports courts and completion of the Memorial Grove. 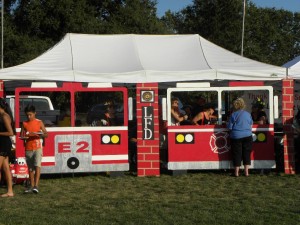 Rookie of the Year: Fresh & Bangin’ Eatery, in Lucerne, CA 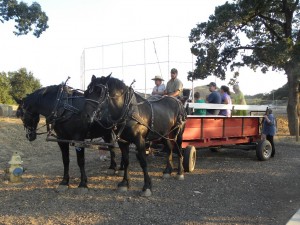 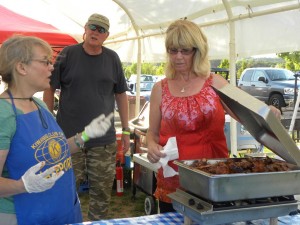 Members of the Kiwanis Club of Lakeport’s winning team.

of the state’s cutback orders. District general manager Rick Gilmore said he did not know a penalty was coming and wasn’t aware of the details. The water that the state believes was taken might have been supplemental supplies purchased by the district,cheap nhl jerseys, he said. The district has sued the state over the board’s June warning to immediately stop taking water because the watershed was running too dry to meet demand. The board has sent out more than 9,Cheap Yeezy Boost 350,000 notices across parched California warning there wasn’t enough water entitled under rights. State inspectors have conducted about 1,cheap jerseys from china,200 investigations in the last year but only cracked down involving two. Officials say Byron Bethany was targeted because it was publicly defying the board and diverting water in the drought. State officials anticipate cracking down on more districts and individuals this summer. “Our resources are somewhat limited here,wholesale cheap jerseys china, and we are taking our cases as we can get them and as we can develop them,cheap jerseys,” said Andrew Tauriainen,Authenitc Adrian Wilson Jersey, a prosecutor
Robert “Bob” Munro Johnson Resident of Mountain View Born June 19,Adrian Wilson Jersey Shopping Store, 1927 in Los Angeles to Kirk and Gretchen Johnson; passed away on December 30th surrounded by his family. Raised in San Marino,michael kors handbags, California,replica christian louboutin, Bob attended USC and was a member of Sigma Alpha Epsilon. He served in the Army in Korea and the reserves when he returned home. Woolworth Company where he made life long friends. His interests centered on his family,cheap jerseys store, friends,cheap football jerseys, church,cheap oakleys, sports,wholesale jerseys free china, and travel. He will be remembered for the generous way he treated everyone,Cheap Yeezy 350 Online, and for being one of the “good guys”. Bob was preceded in death by Joan,cheap oakley, his wife of 59 years,cheap christian louboutin, his sister Evelyn,discount oakley sunglasses, and his parents. He was father to Gayne Johnson and Kirk Johnson; father in law to Jeannie Masterman and Shannon Greene; Grandfather to Owen Johnson,Matt Barkley Jersey For Sale, Simon Johnson,cheap jerseys, and Sam Johnson. Brother to Vivian Steere; Chief Walker to Tommy. Bob,Cheap Adidas 350 Paypal Online, we will miss you every day and will keep your memory in our hearts forever. at Christ Episcopal Church in Los Altos. In lieu of flowers,Replica Adidas Yeezy,

7 Responses to Grillin’ On the Green